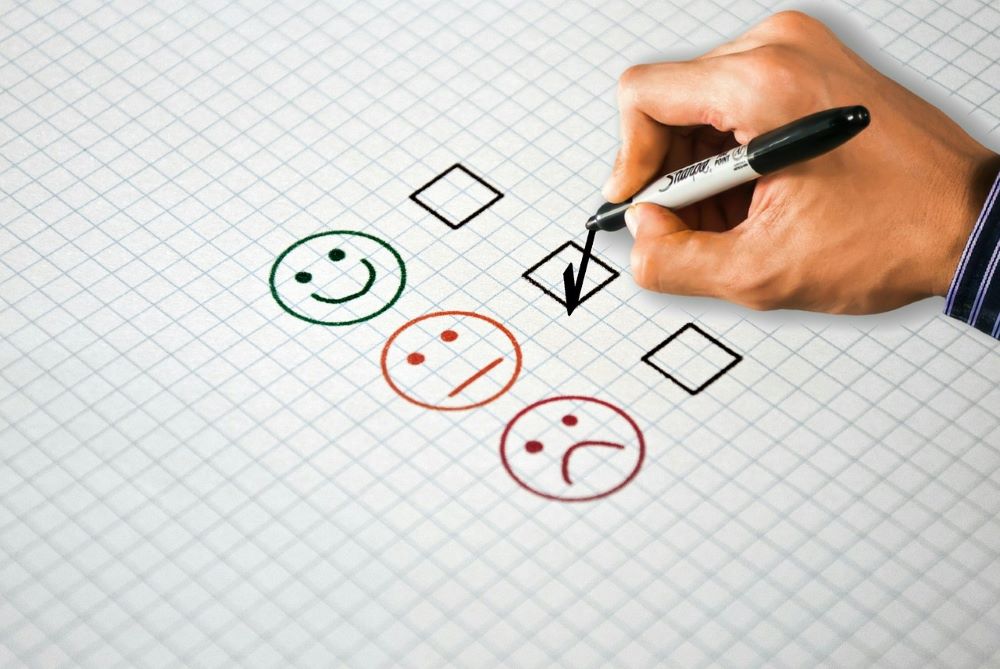 What is NLP Sentiment Analysis? And Increasing use of NLP in sentiment analytics

What is NLP Sentiment Analysis? How increasing the use of NLP in sentiment analytics?

This post’s focus is NLP and its increasing use in what’s come to be known as NLP sentiment analytics.

By now, it is obvious that humans and machines do not speak the same language. It is also pretty clear that the two also do not share “emotions”, thoughts or feelings.

But in a world that is now witnessing the 4.0 version of the industrial revolution, and with new technologies being born or commercially deployed almost daily, there’s an urgency for man and machine to be on the same page.

What is NLP Sentiment Analysis?

With the advent of digital tech, the Internet, and the World Wide Web, enterprises today are inundated with not only copious but also a wide variety of data. Off the cuff, brands have to deal with customer calls, emails, social media posts, polls, and so on. Obviously, enterprises need to make sense of it all, which requires a great deal of time, energy, and effort. One of the ways to do so is to deploy NLP to extract information from text data, which, in turn, can then be used in computations.

Sentiment analytics is emerging as a critical input in running a successful business. Want to know more about Express Analytics sentiment analysis service? Speak to Our Experts to get a lowdown on how Sentiment Analytics can help your business.

So, very quickly, NLP is a sub-discipline of AI that helps machines understand and interpret the language of humans. It’s one of the ways to bridge the communication gap between man and machine.

Where Is NLP going? Where is it used?

So far, NLP was largely being used in text analytics. With NLP, this form of analytics groups words into a defined form before extracting meaning from the text content. NLP is used to derive changeable inputs from the raw text for either visualization or as feedback to predictive models or other statistical methods.

But with the advent of new tech, there are analytics vendors who now offer NLP as part of their business intelligence (BI) tools. From the text, for example, NLP sentiment analysis is now used to make sense of “voice” in interfaces such as digital voice assistants, or smart speakers like Amazon’s Alexa, as the latter becomes more and more interactive.

To get a relevant result, everything needs to be put in a context or perspective. When a human uses a string of commands to search on a smart speaker, for the AI running the smart speaker, it is not sufficient to “understand” the words. It also needs to bring context to the spoken words used, and try and understand the “searcher’s”, eventual aim behind the search.

What keeps happening in enterprises is the constant inflow of vast amounts of unstructured data generated from various channels – from talking to customers or leads to social media reactions, and so on. Now, to make sense of all this unstructured data you require NLP for it gives computers machines the wherewithal to read and obtain meaning from human languages.

A major differentiator, if we can call it that, between text analytics and sentiment analysis is: in the first, NLP is used to go through the copious amounts of text (unstructured data), go through the grammar used, find patterns in it, and draw conclusions. Sentiment analysis goes beyond that – it tries to figure out if an expression used, verbally or in text, is positive or negative, and so on.

Connecting both is NLP, though. To put it in another way – text analytics is about “on the face of it”, while sentiment analysis goes beyond, and gets into the emotional terrain. Eg: Why did a user use a certain emoticon for describing a product on social media? Your chatbots can also be integrated into sentiment analytics.

Emotions give you away, they say. But so far, it was only possible for a fellow human being to recognize those emotions. Now, there’s the need for machines, too, to understand them to find patterns in the data and give feedback to the analysts. Sentiments have become a significant value input in the world of data analytics. Therefore, NLP for sentiment analysis focuses on emotions, helping companies understand their customers better to improve their experience. 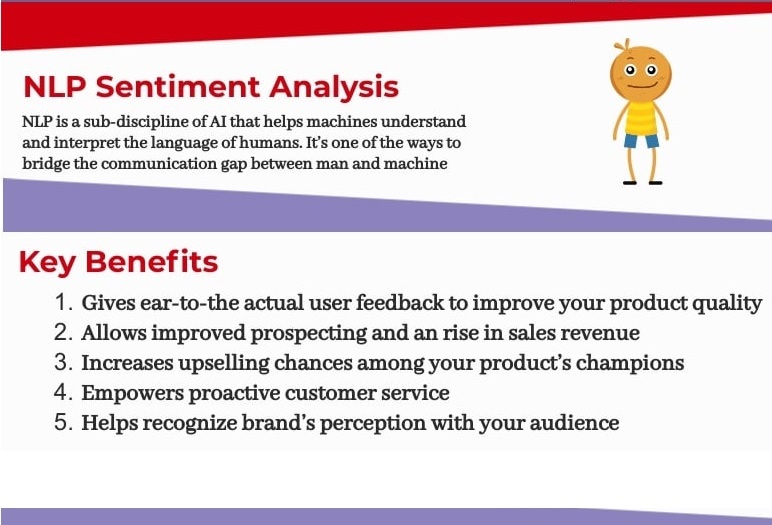 Because emotions give a lot of input around a customer’s choice, companies give paramount priority to emotions as the most important value of the opinions users express through social media. Therefore, NLP for sentiment analysis focused on emotions and unearths situations that will help companies understand their customers better to improve their experience, which will help the businesses change their market position.

An example of a successful implementation of NLP sentiment analytics (analysis) is the IBM Watson Tone Analyzer. It understands emotions and communication style, and can even detect fear, sadness, and anger, in text.