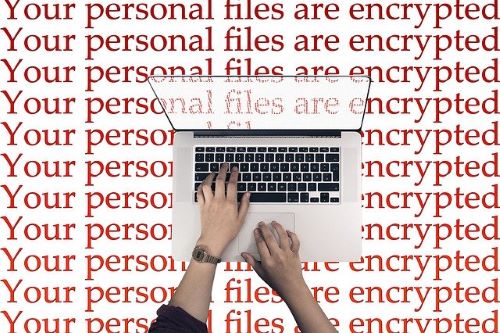 Homomorphic Encryption is about to go Mainstream

Homomorphic Encryption is about to go Mainstream

Homomorphic encryption has been around as a concept in academia but it’s only now that it has started to be used in the world of business. Two things have made that possible: this form of encryption has gotten fast enough, and it has become scalable. The global homomorphic encryption market valued at the US $117.8 million in 2016, is expected to grow at $ 268.3 million at a 7.55% CAGR by 2027.

Homomorphic encryption is not an easy concept to understand even for data analysts.

Performing analytics on data that is encrypted is not possible for obvious reasons. The common encryption method calls for the encryption of the data at one end, and its decryption at the other end by using a “key”. This generally means that only the key holder may decipher the message. Because the data is under lock and key, it is not visible to anybody except the person who holds the key. Because of homomorphic encryption though, such encrypted data can now be analyzed and worked with without compromising the integrity of the encryption.

Some explanations of homomorphic encryption:

“A form of encryption which allows specific types of computations to be carried out on ciphertext and generate an encrypted result which, when decrypted, matches the result of operations performed on the plaintext.”

“The homomorphic encryption is a secure form of encryption process which facilitates the execution of computations via ciphertext to generate an encrypted output. It aids to manage the data to have authorized access without compromising the data.”

So there it is. At the risk of repetition, homomorphic encryption permits the performance of computational tasks on data without ever having to decrypt encrypted data. Which means – without compromising data security. This also means the holder of the decryption key does not necessarily have to be in the same room, figuratively speaking, as the person doing the analysis.

The idea driving homomorphic encryption can be traced back to the early ‘80s when MIT professor Shafi Goldwasser offered a new hypothesis in cryptography, which was that one could prove something was true without disclosing anything about that “something”.  This would lay the structure for much of modern-day cryptography, and earn the professor the Turing Award, considered to be the “Nobel Prize” of encryption.

Data security is one of the few hurdles in the way of Cloud computing. One common refrain of organizations is they are not adopting the cloud because of security. That’s a fact because processes like mining and the analysis of data in the Cloud cannot happen if the data is encrypted. And organizations such as hospitals or medical research facilities that are custodians of such sensitive data as patient confidential information cannot use such data to perform any kind of data analytics. Homomorphic encryption will now help solve this fundamental problem.

Possible Use of Homomorphic Encryption

This method can be used to analyze encrypted data which is very sensitive, like health and medical records stored in the cloud.

In this paper presented in the Journal of Biomedical Informatics, the team looked at the possible application scenarios for homomorphic encryption to ensure the privacy of sensitive medical data. It eventually demonstrated a working implementation of a cloud service for performing private predictive analysis tasks on encrypted health data using homomorphic encryption. The cloud service makes predictions while handling only encrypted data, learning nothing about the submitted confidential medical data.

What it means is that analysts can accurately predict the chances of contracting a disease by working only on an encrypted medical record.

Even in some of our day-to-day businesses, homomorphic encryption can be put to good use, because data privacy has become a big issue of late. New data privacy laws like the European GDPR and the American CCPD have been enforced to ensure data privacy. There are services out there like encrypted chat or email service, that assure complete privacy, and by their very nature, lose out on the analysis part. Homomorphic encryption will now allow that.