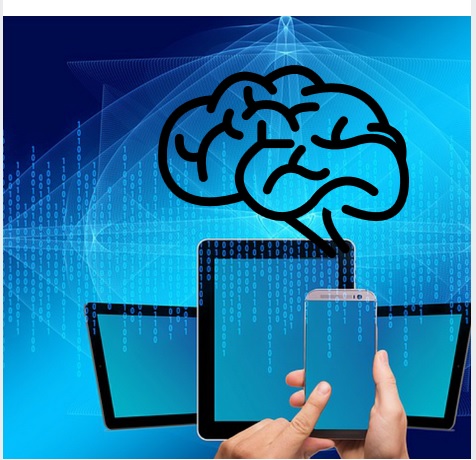 How Cognitive Computing Can Transform Your Business?

Cognitive computing today is like the embryonic chick beginning to peck its way out of the egg. – Hadley Reynolds, Principal Analyst, NextEra Research: May 2016.

It’s been around for 50 years, going from the drawing board to the lab to field tests, but it’s only now that cognitive computing is on the cusp of going mainstream. World over, outside of tech companies who were early adopters, businesses have just about started to grasp the “potential” of this “new era” form of computing, especially in the customer service sector, and in marketing and branding. But whether cognitive computing will eventually stay the course is still open to debate.

Cognitive computing can be dubbed the “mother of all computing” (so far) – a superset of analytics, Artificial Intelligence (AI), Business Intelligence (BI), and machine learning. A simplistic explanation would be – it’s a computer trying to make a copycat version of the human mind. (Note: We’ve used the word “mind” and not “brain”) For that’s what this technology does – it simulates the human thought processes in a computerized model, but doesn’t stop there. Like the human mind, cognitive computing is self-educating; meaning, it uses data mining, pattern recognition, and natural language processing to constantly learn, and grow. That’s also what a human mind does, right?

Hence the big question – will it ultimately replace human tasks in business? No one has any concrete answers. Yes, cognitive computing aims to create fully automated IT systems that can crack problems without human interference. But that stage is still far off.

The first steps, though, have been initiated. Many Enterprises, already grappling with Big Data and analytics, are looking with hope at cognitive computing for transforming how they do business. Humans have a certain bandwidth hurdle when it comes to analyzing very large volumes of data so the most obvious thing to do is to hand over the process to artificial intelligence.

One of the earliest real-life use of cognitive computing was by call centers. You may have not realized it but your utility’s customer care center may have already deployed this form of computing to deal with your problems. Call centers have huge volumes of “natural language queries”, the answers to which are buried somewhere within a company’s knowledge base, which can be unearthed by cognitive computing within minutes.

Outside of IT, the healthcare industry has been an earlier adopter of this form of technology. Assisted by cognitive computing, healthcare professionals, based on certain pre-fed parameters, and steady inputs from time to time, can anticipate medical problems, or even resolve them quickly.

Use in Sentiment Analytics

Increasingly, more and more businesses are deploying cognitive computing on their customer-facing side. This new form of computing can greatly enhance Sentiment Analysis, which marketers will recognize as the methodology to look for behavioral patterns in a potential client or a customer’s expression, voice, and online attitude, among other things.

Face and speech recognition have now become part of our daily lives without us even realizing it. Think Apple Siri or Windows Cortana. They are but just one example of the end-user deployment of speech recognition. Mobile phones being unlocked or your office attendance being marked by machines reading your face? Those are examples of face recognition tech at work.

Cognitive computing can take out the manual monitoring of blogs, articles, or even comments by consumers about a brand or a product, and help companies to engage with their customers, online or offline, on a one-on-one level, on a very big scale – all automated.

Use in Predictive Analytics

Here’s another area where cognitive computing is being put to use by Enterprises. Looking for hidden patterns or trends from a large database is something that a computer can do faster than a human. Understanding these patterns, and then throwing up tailor-made offers or solutions is every marketer’s dream come true.

Bots: Cognitive computing has made it to mainstream newspaper headlines because of its use in bots, especially in chatbots. You can make AI-powered bots to act as personal assistants, analysts, CRM executives, and what not. A case study can be Facebook & how it’s integrated chatbots in its Messenger app. Just a few days ago, some new features were added to its Messenger bots which will allow them to take payments and conduct other business transactions.

IBM, a global leader in cognitive computing, says the future of this type of computing, including its advancement and rate of adoption “will be greatly affected by external forces such as policies, as well as technology evolutionary paths and trends.”

Having already invested over US $1 billion in cognitive tech, (and counting), even IBM does not have a clear-cut answer to the longevity of cognitive computing. All it can bet on is that with software giants HP and SAS, along with Facebook, Microsoft, and Google getting into the act, cognitive computing will reach such critical mass that global businesses will then have no option but to adopt it.

The degree of data sharing will likely impact the adoption of cognitive computing solutions; however, the technical side is fascinating. Policies can clearly impact technology but the hope is that the capability will still move forward.” – Dr. Manuela Veloso, Professor of Computer Science, Carnegie Mellon University“